Quality stands in a position, sometimes uniquely in an organization, of engaging with stakeholders to understand what objectives and unique positions the organization needs to assume, and the choices that are making in order to achieve such objectives and positions.

The effectiveness of the team in making good decisions by picking the right choices depends on their ability of analyzing a problem and generating alternatives. As I discussed in my post “Design Lifecycle within PDCA – Planning” experimentation plays a critical part of the decision making process. When designing the solution we always consider:

A struggle every organization has is how to think through problems in a truly innovative way.  Installing new processes into an old bureaucracy will only replace one form of control with another. We need to rethink the very matter of control and what it looks like within an organization. It is not about change management, on it sown change management will just shift the patterns of the past. To truly transform we need a new way of thinking.

One of my favorite books on just how to do this is Humanocracy: Creating Organizations as Amazing as the People Inside Them by Gary Hamel and Michele Zanini. In this book, the authors advocate that business must become more fundamentally human first.  The idea of human ability and how to cultivate and unleash it is an underlying premise of this book.

it’s possible to capture the benefits of bureaucracy—control, consistency, and coordination—while avoiding the penalties—inflexibility, mediocrity, and apathy.

The above quote really encapsulates the heart of this book, and why I think it is such a pivotal read for my peers. This books takes the core question of a bureaurcacy is “How do we get human beings to better serve the organization?”. The issue at the heart of humanocracy becomes: “What sort of organization elicits and merits the best that human beings can give?” Seems a simple swap, but the implications are profound.

I would hope you, like me, see the promise of many of the central tenets of Quality Management, not least Deming’s 8th point. The very real tendency of quality to devolve to pointless bureaucracy is something we should always be looking to combat.

Humanocracy’s central point is that by truly putting the employee first in our organizations we drive a human-centered organization that powers and thrives on innovation. Humanocracy is particularly relevant as organizations seek to be more resilient, agile, adaptive, innovative, customer centric etc. Leaders pursuing such goals seek to install systems like agile, devops, flexible teams etc.  They will fail, because people are not processes.  Resiliency, agility, efficiency, are not new programming codes for people.  These goals require more than new rules or a corporate initiative.  Agility, resilience, etc. are behaviors, attitudes, ways of thinking that can only work when you change the deep ‘systems and assumptions’ within an organization.  This book discusses those deeper changes.

Humanocracy lays out seven tips for success in experimentation. I find they align nicely with Kotter’s 8 change accelerators. 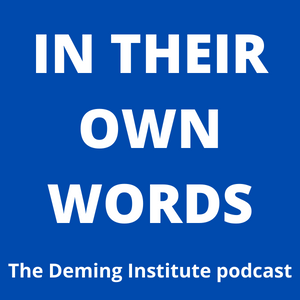 Deming Can Be Easily Understood – In Their Own Words

Thirty-five years ago Deming wrote that “no one can put in his best performance unless he feels secure.” Unfortunately, today we still live in a corporate world where fear and management by fear is ubiquitous. That fear is growing after more than a year of a global pandemic. As quality professionals we must deal with it at every opportunity.

Fear undermines quality, productivity, and innovation. The existence of fear leads to a vicious downward spiral.

Some sources of fear include:

We drive out fear by building a culture centered on employee well-being. This is based on seven factors.

Norm Howe, a colleague in the ASQ and a great guy, wrote on his company’s blog “It Doesn’t Make Any Difference How Nice the Boss Is” and I want to strongly recommend that people read it.

Norm tells an engaging story where he shares a formative experience on the value of driving out fear. He then explains that we as managers grew up in these cultures and it requires work to build a new culture.

He hits on a great note, managers are part of the cultures they grew up in. We are like trees with many rings, and it can be very difficult just to change that.

The interface between the Quality and Human Resources departments in pharma and medical devices can be poorly understood by many leaders in both departments. Quality tends to focus on product and process, HR on hiring, benefits, stuff like that. As a quality professional who oversees the training and personnel qualification system, I tend to sit between the two.

A quick summary of some regulations are in order. This is by no ways a comprehensive list.

This assortment of regulations provides structure for every aspect of employment from how we hire to how we manage people. We can divide this into the following major areas: Curricula Vitae, Job Description, Hiring Process, Training Records, Org Chart, External Job Identification. All informed by the rest of our quality system, especially Process (SOP) Roles and Responsibilities.

Like most things that concern us we want all of this to be consistent and accurate.

Looking at the 2020 FDA 483 data we can see that these regulations are a concern throughout organizations.

Reaching beyond the regulations, we really need to ensure that a fear climate does not exist inside the organization, what is often called psychological safety. Looking to Deming, quality should extend to the performance check processes, and frankly those that introduce ranking of employees or departments are not the best for a culture of excellence.

There are many transactional differences in the roles, but if quality is not at the table for key decisions on hiring and culture the organization has missed opportunities.